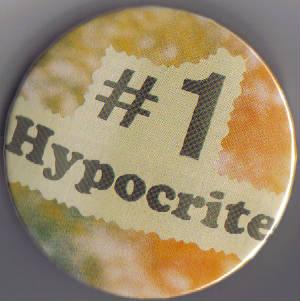 Once again former President Bill Clinton demonstrates why he is the World's Champion in Hypocrisy. Today on Good Morning America, Clinton blamed the Bush administration's history of secrecy for the reactions to the Vice President's hunting accident.

Clinton went on to say:
"I think the White House should have said something about it sooner...I think that it's gotten a little more light than it would have because the administration has an enormous penchant for secrecy for not telling anybody anything about anything."

What a joke! Having Bill Clinton lecture someone on secrecy is like having Ted Kennedy lecture on water rescues after an auto accident.
Posted by Robin at 3:07 PM