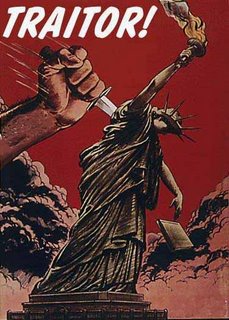 I caught the Drudge Flash report about Noam Chomsky's conversation with Hezbollah's leader, Hassan Nasrallah, just as I was leaving work. Needless to say, I fumed about it all the way home.

This icon to the Liberals is nothing more than a traitor - period. I don't care how "enlightened" he is or what a "great thinker" he is. Chomsky is an America hating Socialist. He abuses the freedoms this country, that he hates so much, offers him. Chomsky sits on the little throne that the far left has built for him and spews his vile crap. Meanwhile the Liberals sit there with their mouths open, swallowing every disgusting word which they regurgitate on America.

At what point does someone get charged for Treason? What exactly does it take? Certainly the verbal vomit from this horse's ass would qualify as treason.

Despite his hatred for America, Chomsky still comes back here to live. If he was truly speaking "truth to power" he would renounce his citizenship and go live with the animals of Hezbollah. Come on little fella - show that you have some cajones and stand up for what you believe. It's easy to be all talk but how about "walking the walk". I dare you!