The Sheehanites are planning another "Summer of Cindy" this time with a twist. Sheehan and her cohorts are going to Fast as a protest against the war in Iraq. Here's the plan courtesy of CodePinko's website - Troops Home Fast...

"The organizers call on a long history of fasts for political purposes, claiming their place among the Suffragettes, Mahatmas Gandhi and Cesar Chavez. In honor of this rich history, the fasters will gather at the Gandhi memorial statue a Massachusetts and 21st NW on July 3 at 3pm, then march to Pennsylvania Avenue for the meal and press conference at 5pm. In other parts of the country, people will engage in rolling fasts, passing the fast from person to person every 24 hours."

Now that is rich - comparing their "Fast" to Gandhi. What arrogance! And Cesar Chavez - such a great hero and role model to use to promote your protest. Yeah that ought to attract a lot of people.

Here's the agenda for the 2 months of protest in case anyone wants to join in on the fun...
July 4th to August 14
We'll be outside the White House or involved in anti-war actions every day from 10 a.m.--7p.m.
During "peak hours", 12-2 p.m. and 5-7 p.m., we'll have teach-ins, skills sharing and group activities at the White House. We'll also be promoting on-going grassroots campaigns, including the Voters for Peace pledge, the Cities for Peace local anti-war resolutions, and the Declaration of Peace.
August 14 - September 2
The Fast will move to Camp Casey in Crawford, Texas

Want to know who has signed up for the fast? Here's a partial list...

Some super sleuth needs to follow this crowd and watch to see that they honor the Fast. I'm sure most of them will only do the 24 hour fast or the "rolling fast". If they really want to speak "truth to power" then each one should weigh in public at the start of the fast and continue to do so for each week they are fasting. I do notice that while Michael Moore is advertising the fast on his website, he is not one of the "Fastees".

Judging from these pics, a few of those signed up to Fast could really benefit from not eating for a few months. (While I am the last one that should needle someone about their weight, these people have put themselves up for public ridicule with their publicity stunts.) 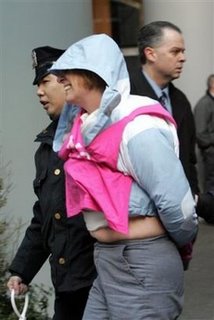 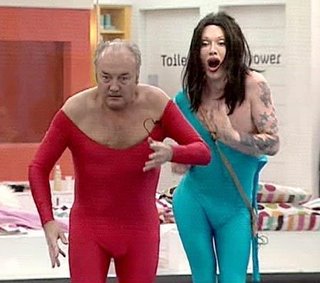