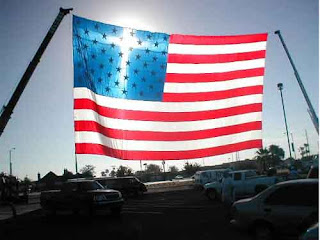 Our brave men and women from the 3rd Infantry Division at Ft. Stewart GA began leaving today for their third tour of duty in Iraq.

The Third Infantry Division out of Fort Stewart is being called to duty yet again. This week more than 3,500 soldiers will deploy to Iraq, but before they go one brigade had one last run as a whole.

Monday morning was the last time the First Brigade Combat Team would be together for a while. First Brigade commander Col. John Charlton said, "I wanted to get them all together to say a few words and tell them how proud I am"

Col. Charlton wanted his unit to have one last run together before they all start deploying this week. In a speech to the soldiers Charlton said, "Your nation has called upon you once again to go over there and defend our freedom."

Soldiers commented on their deployment. "At this point we're so ready, we're anxious," said 1st Lt. Andrew Prescott. "We've been training to do this for a while, so we're ready to go."

However, this isn't this unit's first time in Iraq. Ninety percent of these soldiers have been deployed not once, not twice, but three times. "Multiple deployments, that's a call of duty," said Gen. Lynch. "We do what we have to do for our nation so our kids and grandkids won't have to worry about terrorism."

Soldiers agree. "That's my job. I have no problem with it," said Sgt. Fogle. "

Just a reminder - Ft. Stewart has planted over 300 trees in their Memorial Walkway in honor of each 3rd ID soldier that has given the ultimate sacrifice to keep us safe.

Kevin Benderman and Carlos Meija were once members of the 3rd ID until they realized it meant they would be in the thick of battle. Benderman and Meija then soiled their nappies and turned tail and ran like the chickenshits they are. Both have since sold their soul to the anti-war socialists.

So stay safe brave soldiers and know that America supports you. You are all in our prayers as are your families.
Posted by Robin at 9:49 PM