Harry Reid Is A Son of A Benedict Arnold 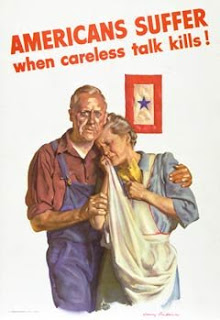 Just when you think Harry Reid and his party of surrender couldn't sink any lower, now comes this...

Senate Majority Leader Harry Reid called Marine Gen. Peter Pace, the outgoing chairman of the Joint Chiefs of Staff, "incompetent" during an interview Tuesday with a group of liberal bloggers, a comment that was never reported.
Reid made similar disparaging remarks about Army Gen. David Petraeus, the top U.S. commander in Iraq, said several sources familiar with the interview.

I thought I was mad yesterday with Harry's "surge is a failure" statements but this takes the cake. Notice that Harry doesn't have the gonads to say crap like that in public - only to his comrades.

Oh and about that moral high ground and concern for America and the soldiers - it's nothing but a political ploy to beat down on the President and the GOP. Now I have no problem with a good old political cat fight but this is so much more than that. It puts our country at risk and is nothing more than propaganda for our enemies.

Reid, the senators and aides said, does not expect any of the Iraq measures to pass but hopes the effort will drive a deep enough wedge between wavering Republicans and Bush that, by September, Republican senators will break with the president and help end the war.

Meanwhile soldiers in Iraq and Afghanistan are putting their lives on the line for this turd. Other Democrap Senators are chiming in, albeit anonymously like the cowards they are. Wouldn't it be refreshing to have one of these no-namers stand in front of the American people and say "My name is ______ and I want our country to lose so the Democrats can have the political upper hand?" Now I'm not saying I wouldn't go all medievel on their butt but it would be a refreshing change to have someone not tap dance around their true feelings.

"We want them to vote and vote and vote again" on Iraq, said a senior Democratic senator, speaking on the condition of anonymity in order to discuss party strategy. "They are going to have to vote on Iraq until they are sick of it."

At some point, someone has to stand up and call Harry Reid out for the backstabbing traitor that he is. I may just be one no-name blogger but I will start it off...