Now about that claim of a "religion of peace"... 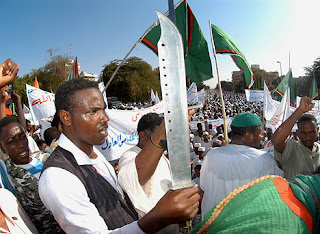 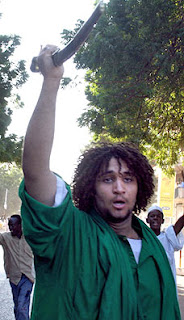 The protesters, some carrying swords, screamed, “Shame, shame on the U.K.!” and, “Kill her, kill her by firing squad.”

They were calling for the death of Gillian Gibbons, the teacher who was sentenced Thursday to 15 days in jail. Under Sudanese law, she could have spent six months behind bars and received 40 lashes.

The lack of outrage from the "moderate" Muslims and leaders in the Muslim community is more than troubling. Where are the celebrities that have been so vocal about the situation in Darfur? And notice the silence of the feminists.

Boy - it's a good thing the teacher didn't have one of these... 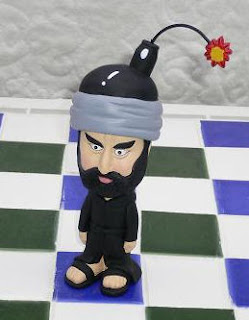