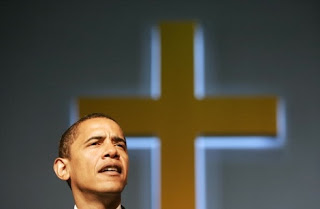 Capital Research Center (CRC) has a new report up about Barack Obama. Elias Crim and Matthew Vadum did a great job highlighting some of the players behind the scene in Obama's rise from community organizer to politics. For those into research, it is a great jumping point for some deeper digging. For those wanting to know the truth about who pulled the strings for Obama in his political development, it is a must read.

I was quite surprised to read about Obama's ties to ACORN - you know the group that committed massive amount of voter registration fraud in 2004. In 1992 Obama directed ACORN's Project Vote. He sued on behalf of ACORN for the implementation of Motor Voter laws in Illinois in 1995 and won. As a member of the Woods Fund board, he approved grants to ACORN.

Watch for Obama's vote if a Democratic bill with plans to include activist groups in government programs for mortgage counseling ever comes to a vote. ACORN would be a prime recipient of the $200 million to counsel homeowners threatened by foreclosure. No conflict of interest there for Obama...

Also in the report - During Obama's final year on the Woods Fund Board, Trinity United Church of Christ received $6,000 in grants from the Board. This was 2002 well before Obama chunked Rev Wright under the bus.

Print it out and read it all. It will be interesting to see how Fight the Smears deals with this one... Probably blame it on Sean Hannity this time. BTW has Obama thrown Jodie Evans under the bus yet? Her links to Obama are getting quite a bit of notice so the throw-down should be sometime this week.

UPDATE:
Was just doing some research of my own and came across this article in today's NYT. How interesting to note the connection between Project Vote and the high number of questionable voter registration forms turned in in Louisiana. Keep an eye on reports such as these... I have a feeling ACORN is up to it's old tricks again.
Posted by Robin at 10:28 PM