Destroying Our Ability to Gain Intelligence 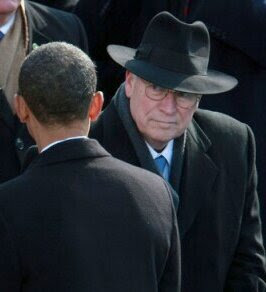 I don't know of anything that waves a white flag to our enemies more than the public recriminations and denouncements of "harsh" interrogation techniques used to prevent another 9/11 attack on our soil (well other than the closing of Gitmo and reading detainees Miranda Rights on the battlefield). Now we have the most incompetent administration ever attempting to divert attention from the Obamacare fiasco by naming a Special Prosecutor to investigate "harsh" interrogation techniques.

Here's a few of the "harsh" techniques... Warning these descriptions are graphic and may cause you to vomit (at the thought of them being called "harsh")... From the WSJ... Please note the actions that were taken to prevent such events from occuring again and that an interrogation officer was sentenced to prison in the death of a detainee...

Date: July 2002
Incident: An operations officer put both hands on a shackled detainee's neck to restrict his carotid artery until the detainee was on the verge of passing out. The officer repeated the process three times.
Result: CIA officials were informed of the incident, but its severity "was disputed." Guidelines were put out notifying interrogators use of such pressure points was not authorized.

Date: September and October 2002
Incident: Interrogators staged a "mock execution," in which a gun was fired outside an interrogation room and a guard was dressed up to look like a dead detainee. A similar incident occurred a month or two later.
Result: Report makes no mention of any steps taken after findings.

Date: October 2002
Incident: An officer blew smoke from either a thin cigarette or cigar at a detainee's face for about five minutes, apparently to make the detainee ill.
Result: Report makes no mention of any steps taken after findings.

Date: Late July to early August 2002
Incident: An officer requested approval for the ability to use cold as an interrogation technique. Later, a cable reported a detainee was left in a cold room, shackled and naked, until cooperative; other reports of cold showers.
Result: Subsequent CIA medical guidelines detailed safe temperature ranges when a detainee is wet or unclothed.

Date: April and May 2003
Incident: Permission sought for "water dousing," in which detainees lay on a plastic sheet and water is poured on them for 10 to 15 minutes. The technique was reportedly used several times.
Result: Interrogators instructed to lay detainees on a towel or sheet and room temperature must exceed 65 degrees if the detainee was not immediately dried. Subsequent medical guidelines list "water dousing" as approved measure.

Incident: An officer hit a teacher at a religious school twice with the butt of his rifle in front of 200 students during an investigation of a roadside bomb attack. The teacher, who was hit twice after he "reportedly smiled and laughed inappropriately," was uninjured.
Result: The officer was returned to headquarters, provided counseling, and reassigned to a domestic assignment.

The 2004 report detailed fresh instances of alleged abuse. It says one interrogator threatened to kill the children of one 9/11 suspect, while another threatened a detainee's mother.

Dear Martha - blowing smoke in an American killing piece of crap's face? Threatening the family of the man that masterminded the death of 3000 Americans? Who is the complete and total moron that is willing to put dedicated CIA officers on trial for this stuff? Oh that's right - the brilliant one who helped get a pardon for Mark Rich and stamped out an investigation of voter intimidation against the New Black Panthers. No wonder Leon Panetta went on a cursing binge over this crap.

Shall we whip out the video of the beheading of Daniel Pearl? How about the scream laden video of Nick Berg having his head sawed off? Maybe a few pics of the mass graves of innocent Iraqis who refused to cooperate with Al Qaeda? I guess we should throw in some photos of 9/11 just for good measure. When the US reaches this level of atrocity then I'll call it harsh. In the meantime I just call it another blatant attempt to paint America as the "great Satan" by those sworn to protect us.

What IS amazing is the very documents that VP Dick Cheney requested be released to prove the positive results of interrogation of terroist detainees was slipped in with the other documents dumped today. And surprise, surprise - Cheney was RIGHT and ABC News (the all barack channel) actually confirms Cheney's assertions.

The CIA released the documents today that former Vice President Dick Cheney requested earlier this year in an attempt to prove his assertion that using enhanced interrogation techniques on terror detainees saved U.S. lives.
The documents back up the Bush administration's claims that intelligence gleaned from captured terror suspects had thwarted terrorist attacks, but the visible portions of the heavily redacted reports do not indicate whether such information was obtained as a result of controversial interrogation techniques, such as waterboarding.

One of the CIA documents, entitled "Detainee Reporting Pivotal for the War Against al-Qaeda," and written June 3, 2005, says "detainee reporting has become a crucial pillar of U.S. counterterrorism efforts, aiding intelligence and law enforcement operations to capture additional terrorists, helping to thwart terrorist plots, and advancing our analysis of the al-Qaeda target."

The report describes gaining "invaluable insights" into "al-Qaeda's current organization, the personalities of its key members, and al-Qaeda's decision-making process. His reporting has contributed to our understanding of the enemy, how al-Qaeda members interact with each other, how they are organized, and what their personal networks are like."

My my my - can't wait to see how Bill Burton tries to spin this one. Meanwhile Cheney issued a statement on the released documents and the appointment of a Special Prosecutor. Typical Cheney style- no minced words here... (emphasis mine)

The documents released Monday clearly demonstrate that the individuals subjected to Enhanced Interrogation Techniques provided the bulk of intelligence we gained about al Qaeda. This intelligence saved lives and prevented terrorist attacks. These detainees also, according to the documents, played a role in nearly every capture of al Qaeda members and associates since 2002. The activities of the CIA in carrying out the policies of the Bush Administration were directly responsible for defeating all efforts by al Qaeda to launch further mass casualty attacks against the United States. The people involved deserve our gratitude. They do not deserve to be the targets of political investigations or prosecutions. President Obama’s decision to allow the Justice Department to investigate and possibly prosecute CIA personnel, and his decision to remove authority for interrogation from the CIA to the White House, serves as a reminder, if any were needed, of why so many Americans have doubts about this Administration’s ability to be responsible for our nation’s security.

Obama and his cronies have attempted (and succeeded for the most part) to undermine all the work that the Bush Administration did to keep us safe from another terrorist attack and to stop the terrorists before their attacks went beyond planning stages. It reeks of the Clinton years when we turned our backs and poo-poo'ed the very idea that someone would dare attack us. I'm afraid we are in for a rude awakening.

Our failure to stand strong and present a posture of tough as hell to the terrorists is only going to imperil us further. The terrorists are laughing at the United States and smacking their lips over a target just ripe for the picking. But you can bet the farm on this - if there is another attack against the US, the Obama administration will be pointing fingers at President Bush so fast their knuckles will pop out of joint.

All I can say is keep praying for our Country and our service members who fight for our safety and security.
Posted by Robin at 12:50 AM