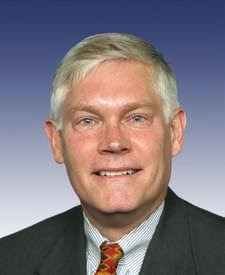 I don't know Rep Pete Sessions (R-TX) but his comments to a group of 8th graders reminds me of a KOSsack or BDS sufferer...

Even Texas Republicans such as Dallas Rep. Pete Sessions are distancing themselves from President Bush.

The president, Mr. Sessions told a group of eighth-graders visiting the Capitol last week from Akiba Academy in Dallas, "is doing everything he thinks is correct," and yet "the American people are fed up.... we've lost the House and Senate, and everybody hates George Bush."

The problem, Mr. Sessions said, is that the president hasn't reached out enough, on a host of issues.

"When I was the quarterback of the team," Mr. Sessions said, "if I came and told everybody, 'I don't care whether you like it or not, I'm going to do what I want to do,' my guys wouldn't block for me."

Note to Rep Sessions - it was not hatred of President Bush that lost the House and Senate. It was not President Bush's failure to "reach out" that was the problem. It was the Republicans in Congress with their Trump-like spending of our hard earned tax money... It was the Republicans in Congress who failed to stand their ground against the Left... It was back-stabbing Republicans who failed to SUPPORT the President or stand up to the vocal bullies on the Left that lost Congress.

In short - it was stupid statements like yours (to a group of 8th graders, nonetheless), that pushed many Conservatives to stay home or vote "other" in 2006. And until you guys on the Hill understand that, look for many more losses.
Posted by Robin at 12:48 PM