They Dish It Out but They Can't Take It

It is amazing what you find when you troll through some of the far left websites and blogs. Today I found Rep. Louise Slaughter's (D-NY) diary on the Daily Kos. The Kos site sure does draw in the Democratic members of Congress, even though they were paid shills for Howard Dean during the primaries. Apparently Slaughter has been posting on Kos for a while and once blogged on Bob Fertik's Democrats.com (the ones that will pay for cell phone records of prominent Republicans). Slaughter is not just a member of Congress, she is a member of that bastion of socialism in the House of Representatives, the Progressive Caucus. She was one of the "get Jeff Gannon/Guckert" crowd, is a member of the Downing Street Coalition and is involved in Conyers' "get Bush at all costs" schemes.

Imagine my surprise when I read her Kos Kids' diary entry about Chris Matthews comparing Osama bin Laden to Michael Moore. A word of warning - don't take a drink of soda or anything while reading this or you will have to clean your monitor...

"Over the last few days, I have watched with concern as prominent media personalities and political pundits like Chris Matthews have engaged in reckless rhetoric comparing critics of the Bush Administration to the world's most wanted terrorist, Osama bin Laden. This isn't just offensive, it's absurd and harmful to our nation."

But it is okay for members of the Left to compare the President of the United States to a terrorist. It is okay for the raving moonbats to call the USA a "terrorist nation". In the eyes of many on the left, the soldiers are nothing more than "contract killers" for our terrorist country. (According to Ted Rall). Have I heard one single peep from Rep. Slaughter about those types of statements? Nope. She has embraced the likes of Cindy Sheehan and worked in concert with John Conyers to tear our country apart in her frenzied hate of all things Republican. When the shoe is on the other foot, it's not "reasoned discource" or just "dissent" is it?

"The role of America's media is to inform citizens of the actions the government is taking to keep them safe and protect them from terrorist attacks. Our newspapers, radio and television programs are supposed to help sort fact from fiction and present a neutral account of domestic and international policy. Americans trust that their news sources will provide them with unbiased news, which will enable them to form their own judgments on the actions of national leaders. Our media has no business proselytizing its own narrow political agenda on the public's airwaves." 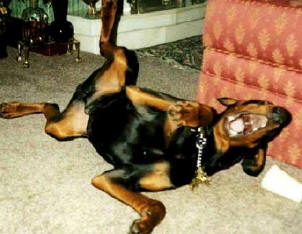 I have to ask - WHAT PLANET DO YOU LIVE ON REP. SLAUGHTER? We've got forged memos from the Rather-Mapes crowd, the Al CA-CA explosives that was a non-issue, the Koran flushing myths by Newsweek, all driven by the lunatic left - and Slaughter is chastising the media for their "narrow political agenda". This coming from the mouth of a woman that is a driving force behind the Downing Street Memos? What a crock of crap!

The libs can dish it out but they can't take it. They run crying to Daddy Kos about the mean old republicans when the tables get turned on them. Get used to it. We've taken crap from the Left for years and finally have a combined voice and the Internet to get our message out. Heed the warnings of the Japanese after Pearl Harbor - "I fear we've woken a sleeping giant"...