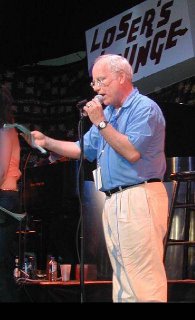 Hollyweird is still stuck in their little time warp. They just can't get over the Gore loss in 2000. On Thursday, Richard Dreyfuss offered this assessment of the state of the Union:

"There are causes worth fighting for even if you know that you will lose," Dreyfuss said during a speech at the National Press Club. "Unless you are willing to accept torture as part of a normal American political lexicon, unless you are willing to accept that leaving the Geneva Convention is fine and dandy, if you accept the expansion of wiretapping as business as usual, the only way to express this now is to embrace the difficult and perhaps embarrassing process of impeachment."

Of course, Dreyfuss is completely off the mark. There is no domestic wiretapping unless you are talking to a terrorist. The only true torture has been the beheadings and execution style shooting deaths of hostages held by the terrorists in Iraq. And Geneva Conventions do not apply to enemy combatants. It is quite appropriate that Mr. Dreyfuss is pictured speaking at the "Losers' Lounge". It's a shame that the screenplay for Jaws did not follow the book...Dreyfuss would have been an appetizer for the shark... 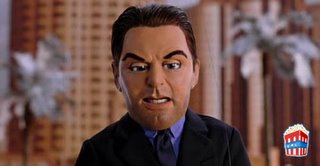 And speaking of useless idiots, Alec Baldwin opened his mouth over at the Huff Poop in a little "I hate Cheney" madness. Seems Alec is concerned about terrorists in the USA - not the same ones that normal Americans are concerned about. No Alec is worried about terrorists like Vice President Dick Cheney. Forget Bin Laden, Saddam Hussein, Hamas, etc. It's Cheney that has been terrorizing the world and the United States. Didn't Alec promise to move to France if Bush won the election in 2000? Someone should remind him that it is not nice to break promises.
Posted by Robin at 10:29 PM

It's a shame I found this article 12+ years too late. As they say, however, better late than never. You are factually incorrect about the United States Government and domestic wiretapping of its own citizens -- we now know that they started collecting metadata of all citizens, anywhere from 2002--03, and has conducted wiretaps on citizens even without federal warrants.


The only true torture is that carried out by terrorists? Oh, I agree with you 100% on this one. It's just that my definition of terrorism is much broader than yours. Sure, the Geneva Convention technically does not protect enemy combatants who fight in a non-governmental, unofficial capacity; however, many suspects that were tortured in CIA black prisons were merely suspected of committing terrorism, without trial, and many were later released because they were innocent. The sad part is, they cannot even receive a redress of their grievances through congress, much less through any other area of government, because there are no protections written in the laws that specifically address being wrongfully tortured -- illegally, I might add -- although torture is technically illegal on the international level.