Yes Virginia, There Really Was Sarin in Iraq

Update 6/22/06 2200: Conservative Intelligence Report tracked the news sites for 24 hours and has some interesting (but not surprising) results of the coverage
******************
Boy the media (WaPo, NYT, etc) are curiously silent about the WMD report that came out yesterday. Those of us that have actually been following the facts surrounding the war in Iraq are not surprised by this report. You would think that these pictures from Feb. 2004 would have been plastered all over the news but then again, that would not have fit into their "Bush Lied" agenda. For those skeptics - these pictures are from Getty Images - hardly a Right Wing Noise Machine... 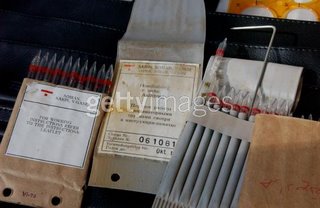 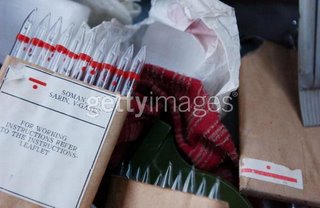 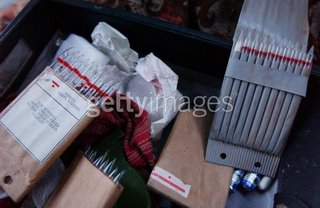 Yes - those are packages and vials labeled Sarin. These were found in Fallujah in 2004. Obviously a reporter was with our soldiers when they recovered these items but gee, I guess he forgot to report it. Or it was really just some mislabeled bug spray (you know like those buried drums of pesticides that were nothing to be concerned with...)

Gateway Pundit - Res. 114 Did Not Discriminate Against New or Old WMD

The Baltimore Reporter - and who is lying now????