And They Still Claim the Pics Were Not Staged

If a photo of a terrorist taking a dead child out of a body bag to use as a photo prop at Qana is discovered, would anyone care? If a video is located that shows without any doubt one of the most "famous" scenes from Qana from set up to finished product, would it get noticed? The answer to both questions is a resounding "NO". The media claims it is a "right-wing conspiracy". Even the blogs that went crazy about the Reuters enhanced smoke photos have been silent on both of those issues.

To put things into perspective, I pulled the comments from various news editors about the questions surrounding the "staged" Qana photos. I'll let the media's very own pictures speak for themself.

The AP said information from its photo editors showed the events were not staged, and that the time stamps could be misleading for several reasons, including that web sites can use such stamps to show when pictures are posted, not taken. 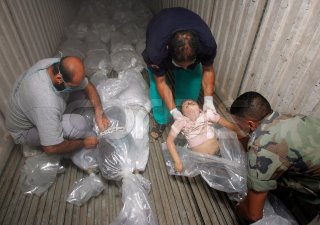 "It's hard to imagine how someone sitting in an air-conditioned office or broadcast studio many thousands of miles from the scene can decide what occurred on the ground with any degree of accuracy," said Kathleen Carroll, AP's senior vice president and executive editor. " 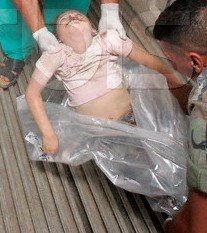 "Carroll said in addition to personally speaking with photo editors, "I also know from 30 years of experience in this business that you can't get competitive journalists to participate in the kind of (staging) experience that is being described." 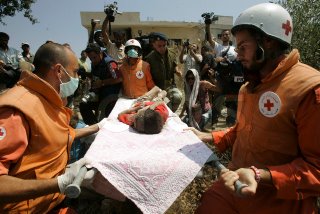 "Do you really think these people would risk their lives under Israeli shelling to set up a digging ceremony for dead Lebanese kids?" asked Patrick Baz, Mideast photo director for AFP. "I'm totally stunned by first the question, and I can't imagine that somebody would think something like that would have happened." 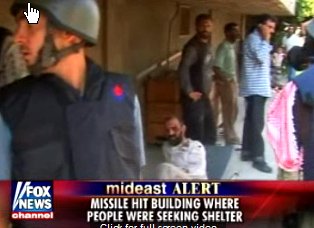 "Agence France Presse's Middle East photo director, Patrick Baz, said: "We arrived at the same time as the Red Cross and the civil defence. Nothing could be staged. There's no way. It's not like you're there at the morgue of the hospital. You are part of the scene and smoke is still billowing out." 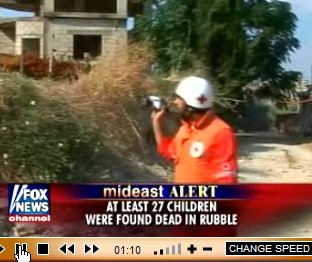 The Guardian's deputy picture editor, Helen Healy, said the paper had three reporters and a photographer on the ground and that photographs were not staged. She added: "That man [in the front-page image] was involved alongside the Red Cross man in the rescue operation, so I haven't any reason to believe [photos were staged]." 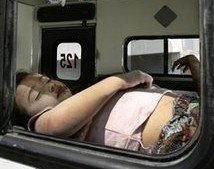 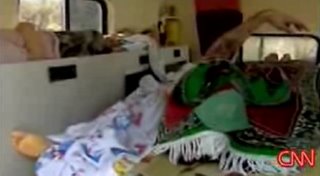 The most obvious argument against the staging" allegations is the fact that in situations such as war, photographers would never collectively stage pictures." (misc commenter) 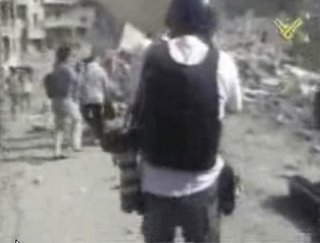 The frenzy of competition is too great for any photographer to desire, or for that matter, be able to have the time and co-operation of the subjects to construct an image. (misc commenter) 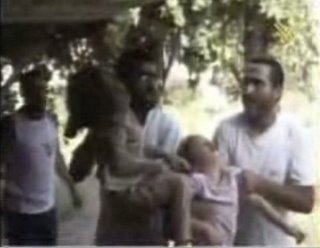 Too many photographers were at the scene in Qana for staged pictures to have even been conceived. (misc. commenter) 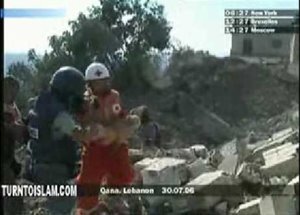 The allegations smack of propaganda aimed at detracting from the horrors of the Israeli attack on innocents in Qana. (misc commenter) 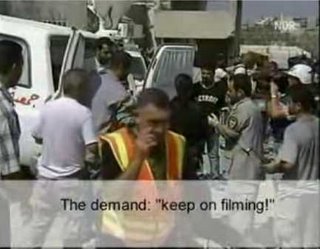 And the media remains silent...