Repeat After Me - There Were No Hezbollah in Qana

In light of the mass funeral in Qana, I thought it would be interesting to revisit the published statements regarding Hezbollah fighters in Qana on the day of the attack compared to the pictures from the funeral...

Human Rights Watch... "None of the dozens of international journalists, rescue workers and international observers who visited Qana on July 30 and 31 reported seeing any evidence of Hezbollah military presence in or around the home. Rescue workers recovered no bodies of apparent Hezbollah fighters from inside or near the building." 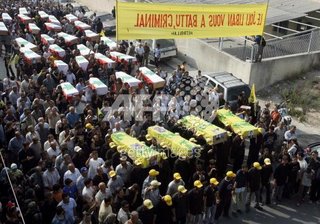 IPS News - “We found no evidence of Hezbollah fighters in Qana” Kassem Shaulan a 28 year old medic and training manager for the Red Cross in Tyre. 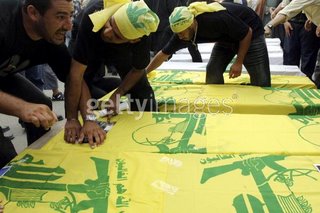 TIME - "There is no resistance here. They are fighting Israeli soldiers on the border. There are only civilians here, women and children, says Ibrahim Shalhoub, 26, another of the survivors who was helping to recover bodies." 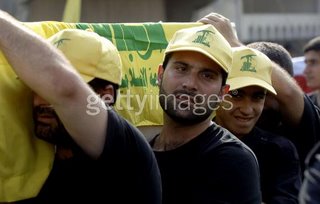 Human Rights Watch - None of the bodies recovered so far have been militants and rescue workers say they have found no weapons in the building that was struck. 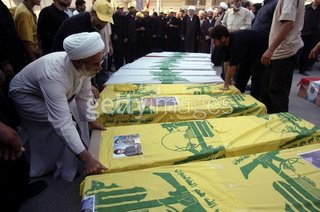 How many times does the media have to repeat it before they actually believe it?
Posted by Robin at 12:44 PM