Ramsey Clark Is a Traitor

What can you say about Ramsey Clark that hasn't already been said? Anyone with a scintilla of sense knows that Clark is nothing more than an anti-American Socialist who will only be happy when our country is destroyed. Almost every one of the "anti-war" rallies was sponsored by one of Ramsey Clark's organizations - either International Action Center or International ANSWER. Clark was profiled in both of my books - "Warmongers and Traitors: Thoughts On the War in Iraq" and "A Quagmire of Hate: The Post Election Liberals". I have written several articles about Ramsey Clark and his comrades. The last one is here...

Today, the Judge in the Saddam Hussein trial gave Ramsey Clark the type of verbal tongue lashing that I would pay $$ to see here in the US. Courtsey of Reuters...

The judge, Raouf Abdul Rahman, ejected Clark because he had sent a memo to Abdul Rahman including the accusation that the tribunal was making "a mockery of justice".

The judge told him in Arabic: "No, you are the mockery ... get him out, out." Abdul Rahman then shouted in English: "Out! Out!"

"You come from America and ridicule the Iraqi people," he said.

You would think that Ramsey Clark would be avoided like the plague here in the US. But to many on the Left, Clark is a hero. Here are just a few of Ramsey Clark's friends. 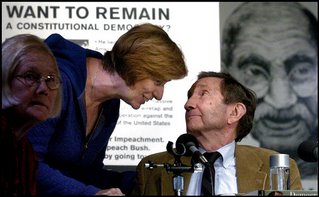 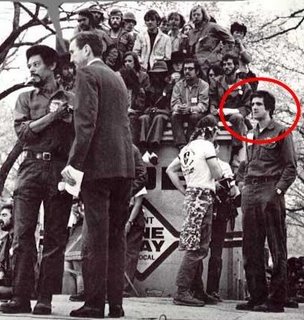 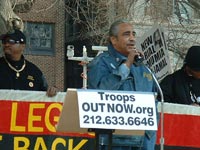 Charlie Rangel, John Kerry and Cindy Sheehan - cavorting with a known traitor to our country. Are you sure that we want Dems in control of Congress?
Posted by Robin at 6:44 PM