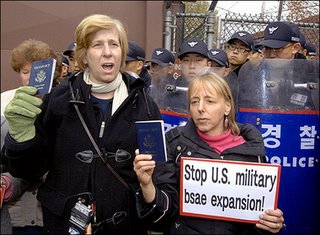 This is NOT a photoshopped picture. This is a picture from YAHOO news of Cindy Sheehan and Medea Benjamin in South Korea...

"...a rally to protest a plan to relocate American military bases at Pyeongtaek, in front of the Yongsan Garrison in Seoul, Tuesday, Nov. 21, 2006. Sheehan arrived in South Korean on Sunday for a six- day visit to attend rallies against the U.S war in Iraq and the Free Trade Agreement between South Korea and United States." 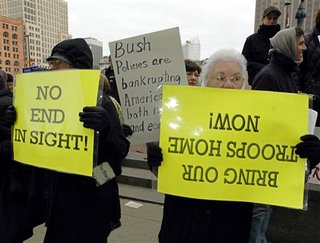 Looks like the stupidity with protest signs is contagious on the Left. (actual picture from protest in March)