My Inhaler is an Environmental Hazard? 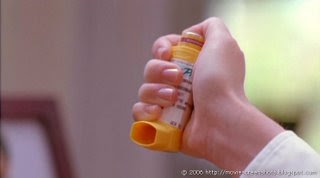 It's official - I have acute bronchitis. If you have ever had a case of acute bronchitis, you know how important it is to have an inhaler as part of your treatment regimen. Little did I know that every time I took a squirt of my inhaler I was contributing to global warming and depletion of the ozone layer. Yes - you heard it right. Those little inhalers, even the over the counter Primatene Mist ones, have been deemed an environmental hazard. Seems they dispense their medicine using CFC's - the dreaded chlorofluorocarbons.

Thanks to our participation in the Montreal Protocol - a 1987 international treaty to eliminate the production and consumption of ozone-depleting chemicals - all inhalers must be changed to HFA (hydrofluoroalkane) by December 31, 2008. BUT environmentally friendly does come with a price tag and this one will be borne by those requiring the medication...

So not only am I going to have to pay more for MY medication but I'll be footing the bill courtesy of my taxes for those that cannot afford it or who have meds through an entitlement program. Great.

On December 31, 2008 I plan on taking all of my unused CDC inhalers outside and squirt them continuously until they are empty as a sign of protest. I'm gonna go all "Hand That Rocks the Cradle" on the ozone layer. I encourage all those with inhalers to join me in this moment of solidarity.
Posted by Robin at 4:19 PM