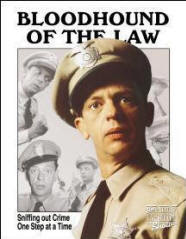 Since the Haditha cases started, I have had my doubts about the role of the NCIS investigators. The news reports of the testimony of the NCIS investigators during the Article 32 hearing of LCpl Justin Sharratt revealed some shoddy work. No background checks on the male victims - just checked the insurgent database, no tape recording of statements, etc.

But now we have the first publicly released transcript from Sharratt's hearing and it gives a bigger and much more ridiculous picture of the investigation. Special Agent Platt also demonstrated his prejudgment of the guilt of the Marines. Here's a sample...

A. I think the pain and suffering of their husbands being murdered literally right in front of them was more severe than the $1,500 that the United States government --

Of course Platt tried to cover his faux pas by saying he "misspoke" when he used the term "Murder". Yeah, right.

You can read the entire transcript at Defend Our Marines. It is long but you owe it to yourself to see the kind of slipshod investigation that was conducted and how NCIS was quick to believe the "witnesses" but question the truthfulness of the Marines. Barney Fife would be proud.
Posted by Robin at 9:53 PM