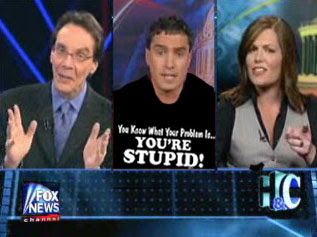 The Disinformation Campaign Against the Haditha Marines Continues
UPDATE: Well Colmes' new anti-Haditha Marine meme has taken hold. If you have the stomach for it, take a look at this video. From the statement posted with the video...
Meet the decider, Lt. General John Mattis. Mattis, known as "Mad Dog Mattis" to his troops, is currently commanding general of the Marine Corps Combat Development Command in Quantico, Virginia.
The fact that one after another of these marines are being exonerated for killing unarmed civillains, is indicative of how low our moral and decency threshold has become. These are show trials which are occurring only due to a worldwide public outcry and are designed to send a message to soldiers that they can do whatever they want and their will be no consequences. Shoot kids, women, the elderly, pets, it won’t matter. We are US marines and we go where we want, we do what we want and we kill who we want.
Typical leftard reaction - can't accept the truth so find another strawman argument to try to keep beating the dead horse. Shameful. Disgusting. Pig Ignorant Haters.
Posted by Robin at 1:08 PM