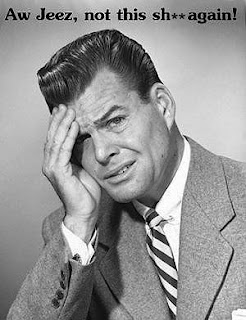 Different war - same crap. Yes those bastions of support for the military fighting men and women, IVAW are touting their latest project - a new and improved Winter Soldier Investigation - Iraqi Style. Scheduled for March 2008, they plan on re-enacting the Vietnam Winter Soldier hearings complete with Iraq vets portraying the 2008 version of John Kerry.

I imagine Clifton Hicks will testify about the drugs given to the Military to allow them to be crazed killers. Pencil in Geoff Millard with his claims of exposure to depleted uranium while sitting in an air conditioned office. Add in a little Adam Kokesh who will conveniently forget to admit his punishment for smuggling a firearm back from Iraq. Jeff Englehardt will re-enact the Whiskey Pete in Fallujah scene. Sprinkle in a dash of Eli Wright and Phil Aliff with their "search and avoid" soft shoe and we've got the makings of a first class Vaudeville Show.

The intermission entertainment will include Col Ann Wright dancing on top of concrete barrier before jumping down into the waiting arms of Capitol Hill police and Ramsey Clark with his latest rendition of "Free Mumia". Closing the show will be Noam Chomsky and his lemmings singing "Screw the USA". All attendees will receive a free FTA bumpersticker and an autographed picture of Dahr Jamail.