Another View of the Haditha Incident 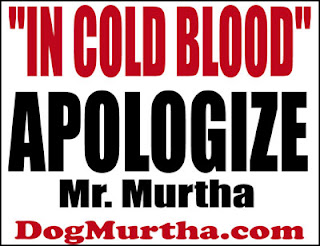 PBS' Frontline will be airing a piece about the November 2005 Haditha Incident (you know the one Murtha libeled as "cold blooded murder"). The Democracy Project got a preview of the show and graded it a B-...

This coming Tuesday, February 19, PBS’s respected Frontline will air its examination of “what really happened in Haditha,” the show’s introduction saying that’s what we should expect of the program.

The show doesn’t meet that goal, and can be criticized for what it does and doesn’t include, meriting a grade of “B-.” That means, the show is definitely worth watching, and deserves a passing grade.

Necessary to a full understanding of Haditha, none but a very few have read or remember the hundreds of pages of Haditha Article 32 hearings, the hundreds of serious newspaper articles and blog posts examining the unfolding of the known facts, or have personal training and experience in combat. Frontline’s “Rules of Engagement” about the Haditha events may be as close as most will come.

David Allender over at Defend Our Marines interviewed Arun Rath, the producer of "Rules of Engagement". Rath interviewed Justin Sharratt and others involved in the Haditha cases to get at the facts from Haditha.

"Rules of Engagement" was months in the making, and is based on unparalleled access to participants in the cases. Justin Sharratt (the first enlisted man to be exonerated of all charges) sat down for more than three hours of interviews with Rath and his crew. Kilo Company Marines and defense attorneys, free to discuss aspects of their cases that entered the public domain during the Article 32 hearings, were interviewed at length.

The result is a much-anticipated broadcast.

“Initially, we wanted to do a film about civilian casualties in Iraq,” Rath said. “There had been much talk about the battle to win hearts and minds as General Petraeus took command in Iraq, since he literally wrote the book on counterinsurgency and had talked eloquently about the importance of protecting and winning over the civilian population in such a conflict. We thought Haditha would make for an interesting case study to help us understand these issues: in addition to involving civilian deaths, much had been made of the story in the Arab media, and winning the information/PR war is also a big part of winning hearts and minds.

“But as we delved into the story of Haditha, what had happened there alone—and what was made of the story—ended up being so interesting that it, and 3/1 Kilo Company, became the topic of the entire film.”

That last blurb sounds promising but I am skeptical about a non-partisan presentation especially with PBS' history. The fact that PBS actually gives some credence to the Hammarabi Human Rights Organization gives me pause. Especially since the organization has been debunked repeatedly as nothing more than shills for the terrorists in Iraq. Guess any mention of the "infamous" videotape being used as a recruiting tool for Al Qaeda in Iraq is simply wishful thinking. I guess I can forget about there being any mention of the "budding journalist" shopping his video around for 4 months until pro-insurgent McGirk took the bait.

Still I am hopeful that at least some of the truth gets out - that Murtha's claims are once again shown to be the lies of an man desparate for power and attention who sold his soul to the "sisters" in Pink. One thing is for certain - this will certainly counter Nick Broomfield's POS movie "Battle for Haditha" which used Ryan Briones as one of its principal sources of information.

For an indepth look at all things Haditha including Ryan Briones, Hammarabi Human Rights Organization and much more, just type "Haditha" into the search box above. There are over 50 posts about Haditha - all well researched and stocked with facts.

Or pop over to the definitive source for Haditha - Defend Our Marines - who had exclusive access to much of the Haditha investigations and hearings.

Denis weighs in on the IVAW views on Haditha and how they willingly tossed their "brothers" under the humvee while siding with Murtha.
Posted by Robin at 9:29 AM