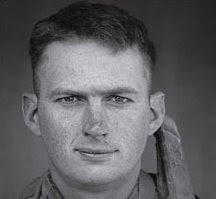 OK - I know I'm late posting this but my job interfered with my blogging...

GREAT NEWS, huh? LCpl Stephen Tatum is now free and clear of charges in the Haditha incident. The incredible Nat Helms has the News over at NewsMax!

Charges against the veteran Oklahoma infantryman were dismissed Friday morning “with prejudice” by Lt. Gen Samuel Helland, the convening authority and final arbiter in the notorious case. His decision means Tatum is free and clear of further prosecution in the case.

Note the phrase "with prejudice" - that basically means that the damned charges should have never been brought forward! Take that and stuff it up your fat craw Murtha.

Here's what Tatum's attorney had to say...

“Lance Corporal Tatum wants to make it clear to the Marine Corps – especially other Marines - and everyone else that there were no deals in this decision. I have never had a client who would have more preferred to have a trial rather than have the charges dismissed in a deal. He has believed all along he did nothing wrong and was prepared and anxious to stand trial,” Zimmermann said.

No deals - no immunity - nothing but innocence. And if the prosecution is hoping to use Tatum's testimony against Staff Sgt Wuterich, they better keep in mind that THIS Marine passed a polygraph test while some of their "star" witnesses did not.

This snip from Zimmerman boils it all down to a very important point...

“When a junior enlisted Marine finds himself in a firefight and knows his actions are going to be interpreted somewhere else in an air conditioned office six months later it could get him killed,” Zimmermann said. “I wish that he and his family had not been put through this and the decision had been made last summer.”

I look forward to the day when we can watch Fat Jack try to explain his way out of THIS quagmire of his own making. And to Tim McGirk - a big old F*#@ You! Maybe you should go back to Afghanistan and have dinner with your Taliban friends.