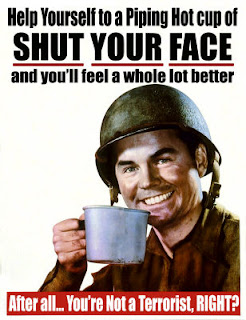 According to Reuters, Seymour Hersch has obtained a "highly classified report" that says the US has expanded covert operations in Iran. Of course, Hersch publishes all the pertinent data including what the operations entail and who is involved...

U.S. congressional leaders agreed late last year to President George W. Bush's funding request for a major escalation of covert operations against Iran aimed at destabilizing its leadership, according to a report in The New Yorker magazine published online on Sunday.

The article by reporter Seymour Hersh, from the magazine's July 7 and 14 issue, centers around a highly classified Presidential Finding signed by Bush which by U.S. law must be made known to Democratic and Republican House and Senate leaders and ranking members of the intelligence committees.

SIGH... nothing like letting our enemies know what we are planning. Does anyone understand the definition of COVERT or HIGHLY CLASSIFIED? And why are leaks like this tolerated? Doesn't anyone in DC have a cork from an opened bottle of Chablis lying around that they can use to stop all these damned leaks?

Seymour Hersch - undermining America's efforts in the war on terror since September 11, 2001.
Posted by Robin at 11:22 AM