Oh my goodness... I broke down and flipped on Fox News today when BO was holding court with his national security team. The very idea of Susan Rice, who was involved in the "ignore Bin Laden" crowd during the Clinton years, sitting in the UN is just bizarre. Since she comes across as having a short temper and likes to point fingers at everyone else, her stint in the UN should be something to watch.

Out of all the possible choices for SOS, I guess Hillary is the lesser of the available evils. I just get a mental image of Hillary holding a pair of hedge clippers daring Bill to screw this up for her. After all he OWES her since she played Tammy Wynnette all these years. Anyone wanna start a betting pool on how long Bill will stay on the leash?

Poor John Kerry - always a bridesmaid - never a bride. Imagine selling your soul and tossing fellow soldiers under the bus only to never grab the brass ring. I bet he's in the bitter clingers section right about now.

But the capper was when BO twisted and twirled about all his promises to get out of Iraq - his moves marvelled those on Dancing with the Stars. He would have gotten a perfect score for his routine. I actually feel sorry for the reporter that dared question the great and powerful BO about his campaign stump speeches denigrating Hillary's ability to handle foreign relations. I was waiting on BO to pronounce "Off with his head" while the reporter was hauled away.

Based on BO's moderation to the middle so far, it looks the country elected a black version of the candidate John McCain. 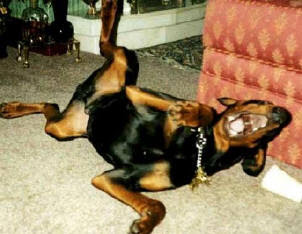