Are Social Issue Voters Going to Determine the Election Outcome? 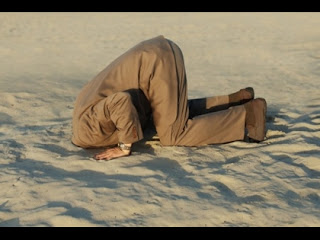 I have a diverse group of facebook friends which makes life interesting especially around election season.  It's usually not too terribly bad - we all manage to get along but this year it's different.  I find myself much less tolerant with those that support the re-election of President Obama. I couldn't really put my finger on why my tolerance level was so very low with these friends - until today.

One of my friends is an ardent supporter of gay marriage.  I have no problem with homosexuality - your sexual activity is none of my business - unless it infringes upon my rights and personal values.  I believe in civil unions but not in same-sex marriage.  I believe that marriage is between a man and a woman - simple as that.

This friend has decided to cast her vote based solely on gay marriage and reproductive rights (a more PC term for abortion).  She even said that she could never support a candidate who would not allow her gay friends to file a joint tax return. Now this is not some young woman in her early 20's living at home with her parents.  She's a married woman in her late 20's, works full-time and has her own business on the side.  How could a bright intelligent woman cast a vote based on social issues alone? What's even scarier to me is the high number of "likes" she got for her facebook post.  Is this the type of voter that will determine the outcome of the election? Dear Martha - I hope not.

Frankly I'm shocked that in these perilous economic times that anyone would use social issues as the deciding factor. Have our citizens become so self-centered that they can't see beyond their own little world bubble?  Have we been so dumbed down that we can't determine priorities and see the big picture? Are we so ignorant of the Constitution and our history that we will turn over the keys to our country to someone who wants to "fundamentally transform" our country for one issue? It just boggles my mind.

The issue of gay marriage is not high on my list of priorities in a candidate.  The United States is in crisis and our future is hanging by a thread.  I am frankly more concerned about the future of my children and grandchildren than whether or not Frank and Jim can file a joint tax return as a "married couple". I am more worried about whether or not people will be able to find a job, keep their home or even afford food in the very near future.  Filing a joint tax return as a married gay couple - at the rate we're going no one will be filing tax returns because no one will have a job.

I'm not even going to broach the subject of "reproductive rights" - that is simply a red herring thrown out there to distract voters away from the economy.  Besides no one is trying to ban birth control - just not having taxpayers fund your lifestyle choices.

I pray that voters like my friend are few and far between but I fear they are more prevalant than any of us believe. I hope that at some point prior to this election the rational thoughts take over and these people like my friend pull their heads out of the sand.  In the meantime I may have to "un-friend" them on facebook until after the election. Or sign them up for Romney-Ryan updates so at least they get the other side of the story...
Posted by Robin at 11:47 PM

Well, I think that people should not base their point of view with what other people say. I believe that influence is powerful that one can drain a person's mind and it's very dangerous. We must know how to weigh our own views to something what we believe is right or wrong. Therefore, we must not believe what other people say and have a thorough understanding with our principles. Remember that our vote is very important in the next election so vote wisely.

As societies grow decadent, the language grows decadent, too. Words are used to disguise, not to illuminate, action: you liberate a city by destroying it. Words are to confuse, so that at election time people will solemnly vote against their own interests.