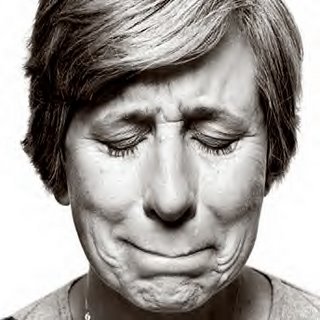 The infamous "Peace Mom", Cindy Sheehan, just can't seem to get her stories straight. First she lied about her meeting with President Bush, then she lied about the funeral home cheating her out of money on Casey's funeral and the list just goes on and on. But now she's told a whopper that will make her contortions to try to get out of it look like Stretch Armstrong.

Earlier this week, Cindy announced that she was a finalist for the Nobel Peace Prize. The link to the News Article has been taken down but Sweetness and Light has the story here. Here's what Mother Moonbat had to say about the Nobel Prize....

Sheehan also announced at the signing that she’s a finalist for a Nobel Peace Prize.

What was interesting is that the Nobel Peace Prize winner is one of the closest held secrets in the world. Rarely does the info leak out. Also the Nobel Prize Committee receives hundreds of nominees. Here is the info straight from the Nobel Prize website...

"In recent years, the Committee has received well over 140 different nominations for the Peace Prize. The numbers of nominating letters are much higher, since many are for the same candidates."

"The statutes of the Nobel Foundation restricts disclosure of information about the nominations, whether publicly or privately, until fifty years have elapsed. The restriction concerns the nominees and nominators as well as investigations and opinions in the awarding of a prize."

This AM the Nobel Peace Prize winner was announced and shockingly it was NOT Mother Moonbat...

Bangladeshi economist Muhammad Yunus and the Grameen Bank he founded won the 2006 Nobel Peace Prize on Friday for grassroots efforts to lift millions out of poverty that earned him the nickname "banker to the poor."
Yunus, 66, set up a new kind of bank in 1976 to lend to the very poorest in his native Bangladesh, particularly women, enabling them to start up small businesses without collateral.
In doing so, he pioneered microcredit, a system copied in more than 100 nations from the United States to Uganda.

How in the world did this guy beat out someone who has said that she dreams about going back in time and killing the President of the United States? Did they simply overlook the contributions she has made to the world such as teaming up with Hugo Chavez, multiple publicity stunts and continuous bashing of the United States and the President? I am gonna write the Nobel Peace Prize Committee.... and thank them for not giving this media whore the Peace Prize and rewarding her hatred.
Posted by Robin at 9:38 AM