Verdict in Haditha Marine Hearing - Recommendation That Charges Be Dropped! 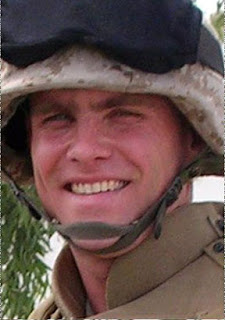 GREAT NEWS!!!!!! The Hearing Officer for Capt Randy Stone, one of the Marines charged in the Haditha incident, has recommended that charges be dropped!

An investigating officer has recommended dismissing charges against a Marine lawyer accused of failing to probe the killings of 24 Iraqis in the town of Haditha, the defense attorney said Saturday.

Capt. Randy W. Stone, 34, was charged with failing to report and investigate the deaths of the men, women and children in a deadly sweep on a chaotic day of battle in the village.

His attorney, Charles Gittins, said investigating officer Maj. Thomas McCann concluded in a report to the commanding general overseeing the case that Stone should not face court-martial and the matter should be handled administratively.

There is still one more hurdle for Capt Stone - Lt. Gen Mattis has the final say but the recommendation by Major McCann is a HUGE step in the right direction.

So the champagne is on hold until Lt. Gen Mattis makes his decision but the bottle is already chilling in the fridge! One down - 5 more to go. Col Chessani's Article 32 hearing is winding down. LCPL Justin Sharratt's hearing starts Monday. Justin's hearing will be the first for the Marines charged with unpremeditated murder and already sounds like it is going to be a battle. I look forward to hearing the testimony of the terrorist sympathizers especially the "journalism" student aka human rights activist aka terrorist supporter. BTW McGirk, the Time Magazine reporter who turned this case into a media feeding frenzy, will not be testifying. Such a shame - it would be interesting to hear his statements under oath.

Anyway - early congrats to Capt Stone and his family. It's a good day.
Posted by Robin at 7:15 PM