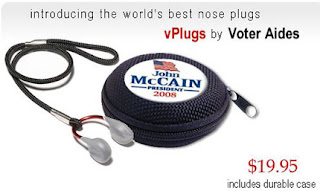 I must admit that the thought of voting for John McCain for President just sticks in my craw. While huffing and puffing Tuesday night about not voting at all in the General and various other "pay-back" ideas, I know that deep in my heart I just can't sit back and hand over my Country to the Democrats - no matter how odious the idea of President McCain is.

So while it pains me to do this, I must admit that I will support McCain over Huckabee. I have always had a negative "gut" reaction to Huckabee (just ask Dee over at Conservatism With Heart). I could not put my finger on a specific reason for my dislike for Huckabee but he NEVER figured in my possible candidate selection process.

Rush published an article in his Feb 2008 Limbaugh Letter - "Who Said it?" - that helped me nail down why I have such an intense dislike for Huckabee. Here are some quotes from Huckabee that really popped out in the article...

"American foreign policy needs to change its tone and attitude, open up and reach out. The Bush Administration's arrogant bunker mentality has been counterproductive at home and abroad." - January 2008

"...the underlying conditions that breen [terrorism are] the lack of basic sanitation, health care, education, jobs, a free press, fair courts - which all translates into a lack of opportunity and hope." - January 2008

"We have not had diplomatic relations with Iran in almost 30 years... When one stops talking... differences cannot be resolved and relationships cannot move forward." - January 2008

"I'm not sure that I support the troop surge, if that surge has to come from our Guard and Reserve troops, which have really been overly stretched." - 1/24/07

"There's a lot of support for a tax at the wholesale level for tobacco and that's fine with me; I will very happily sign that because it's a revenue stream." - May 2003

"We can't fight [the War on Terror] to the exclusion of the terror that we have in our own country: the terror of lack of education, the terror of people not knowing if they're going to have money to send their kids to college, and the terror of wondering, if they contract cancer and are diagnosed, how on earth will they pay for the treatment...?" - 8/27/07.

Certainly gives you something to think about - "Golden Rule", handouts and talking to fight the war on terror, increasing taxes for an additional revenue stream, bizarre and worrisome use of the word "terror" when discussing more govt handouts and a contradiction about supporting the troop surge.