Member of Jena 6 Arrested for Beating a Classmate 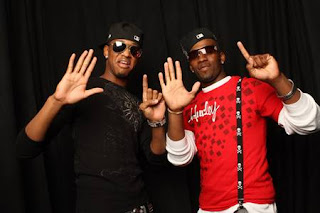 I wonder who the media and Rev Al will try to blame this one on?

One of the "Jena Six" defendants was arrested yesterday for allegedly assaulting a fellow student at a Texas high school. Bryant Purvis, 19, was busted on the misdemeanor charge following an 8:30 AM altercation at Hebron High School in Carrollton, where his family relocated from Louisiana. According to the below arrest warrant affidavit, Purvis assaulted a male student he apparently suspected of vandalizing his auto. Along with choking the 18-year-old victim, the 6' 6" Purvis allegedly slammed the teenager's head on a table. Purvis, pictured in the mug shot at right, was briefly jailed before being released on $1000 bond.

Purvis and five codefendants were originally charged with attempted murder in connection with the December 2006 beating of a white high school student in Jena, Louisiana. The case, which triggered protests over the severity of charges brought against the so-called Jena Six, remains pending, with Purvis scheduled for a March trial on reduced charges of aggravated battery and conspiracy. If convicted of those felonies, Purvis could face a maximum of more than 20 years in prison.

Last time we saw Purvis, he was posing with one of his posse on the Red Carpet of the BET HipHop Awards in October 2007. (Purvis is on the Left in the photo above). He helped present one of the top awards and got a standing O from the crowd. This latest incident should win him a spot on the program at the Oscars.
Posted by Robin at 8:57 PM