Note to Specter, Collins and Snowe - You're TOAST! 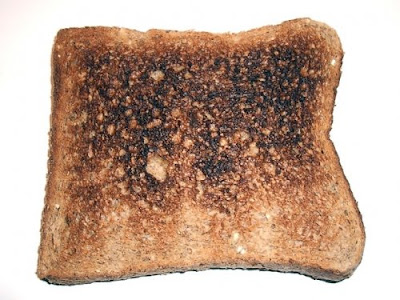 I never have cared much for Sen. Snowe, Sen. Collins or Sen. Specter. All 3 have been RINOs for years. I care for them even less now.

UPDATED: The deal was Snowe's and Collins's, according to a Senate source. Sen. Specter, who had been in Harry Reid's office for an earlier meeting on the compromise, left at about 7 p.m. At 8:45 p.m., there was another meeting at which Sens. Snowe and Collins were the only Republicans present. They made the deal, and Specter signed on to it later. He had given an indication of the deal earlier that evening in an MSNBC interview.

No House Republicans were at either meeting.

The bumbling idiot Specter didn't even know about the backdoor socialized medicine plan shoveled deep into the damn Porkulus bill. How can he make any intelligent decision if he doesn't even know what is in the damned thing? Oh... right... Intelligent and Specter don't go together.

I have sent an email to RNC Chair Michael Steele demanding that no RNC money go to these 3 asshats come election time. Maybe now that we have a RNC Chair that means what he says, we can expect some action. If I have to travel to their respective states to campaign against them, I'll do it. It sickens me to have idiots like this in the GOP much less in this country. Shame on the 3 of them - they should just change their party affiliation to "rat" since that's what they are.
Posted by Robin at 8:21 PM