The Silence on the Genocide in Iraq is Deafening

I previously posted about the genocide of Christians in Iraq and the lack of media attention.  There has been a slight uptick in media reporting but the extermination of Iraqi Christians is still not receiving the attention that it should.

Reports are out this week of another non-Islam religious group that is being targeted in Iraq.  The Yezidis, who live primarily in Sinjar in Kurdistan, are the latest target of the Caliphate seeking murderous bastards of ISIS. In addition to killing approximately 100 men, the terrorists have taken women for "jihad" marriage and stolen children away from families. UNICEF said that 40 children have been killed in the attacks against the Yezidis. The ones that were able to get away with their lives are now living in the deserts and mountains with no drinking water.  Like a Christian-less Mosul, there are no Yezidis in Sinjar.

Meanwhile, the humanitarian crisis for the Christians and the Yezidis gets worse day by day.  Many are dying of hunger and thirst.  The extreme heat has also taken innocent lives.  ISIS has cut power and water off to all areas that are not under their control.

Have you heard anything about this on the news???  I searched for a statement from the White House but could only find a read-out of a meeting of Chaldean and Assyrian community representatives in the US with Ben Rhodes, the Deputy National Security Advisor for Strategic Communications.  Whoo-wee - that's what I call taking it to the top dog in the administration (insert sarcasm tag here).  I mean the Iraqi Christian Representatives didn't even merit a meeting with the White House Chef, who has about as much influence as Ben Rhodes.  Obama can't even muster up enough outrage to send out a written press release, much less meet with these Christian leaders. Even the kidnapped girls in Nigeria rated a hashtag on Twitter.  The members of any non-Islam religion in Iraq don't even rate that. That should pretty much tell you how concerned Obama is about the annihilation of all religions except for Islam in Iraq.

According to Christianity Today, the Catholic bishops in England and Wales have selected August 9th as a Day of Prayer for the Iraqi Christians.  Catholic Patriarch Louis Raphael Sako, the head of Iraq's largest church, composed a Prayer for Peace for Iraqis wanting to pray for the Christians...

"Lord, the plight of our country is deep and the suffering of Christians is severe and frightening. Therefore, we ask you Lord to spare our lives, and to grant us patience and courage to continue our witness of Christian values with trust and hope.  Lord, peace is the foundation of life; Grant us the peace and stability that will enable us to live with each other without fear and anxiety, and with dignity and joy.  Glory be to You forever."

This prayer can be modified for those of us not living in Iraq - or you can say any type of prayer that comes to mind.  The most important thing those of us so far away can do is pray.  The 2nd most important thing is to raise our voices so the world steps up and stands up.  There are several organizations that are collecting money to help with this humanitarian devastation - I am not listing them here as I have not checked them out thoroughly to ensure they are on the up and up.

Our world is on fire thanks to that so-called religion of peace and the silence of those with the power to end this reign of terror, is deafening. 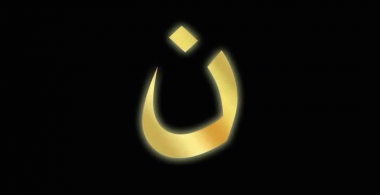